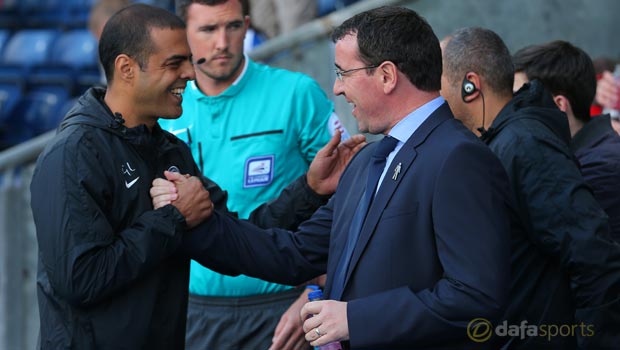 Blackburn Rovers manager Gary Bowyer has admitted both he and his squad are “relieved” after picking up their first win of the Championship season.

Rovers, who are priced at 21.00 to be promoted, have made a sluggish start to the 2015-16 season in the second tier of English football, having lost three and drawn four of their opening seven games prior to Saturday’s win.

The Lancashire outfit claimed their first three points with a 3-0 victory over Charlton to move out of the bottom three and up to 19th on seven points.

Last season’s top-scorer Jordan Rhodes bagged a brace, to make it four goals in three games, while substitute Tom Lawrence also chipped in with a strike.

Blackburn’s triumph rounded off a week which saw them lose at Fulham and draw with QPR and Bowyer insists he can now feel the momentum starting to build throughout the squad.

The 44-year-old feels that on the whole his players have performed well in the early stages of the season and he believes they finally got what they deserved against the Addicks at the weekend.

Bowyer said: “Our first feeling is a sense of relief. We’re happy because our performances have deserved more than we’ve got.

“It’s been a long time coming and we’re delighted for the supporters. If I was rating our three performances this week, I’d actually put this third.

“We won’t get carried away because it’s only one win. It doesn’t get any easier as we’ve got Hull and Ipswich in our next two games, but we have to use it and build on it.”

Blackburn are priced at 4.00 to claim victory when they travel to Hull, who are available at 1.95 on Saturday, while the draw is at 3.30.