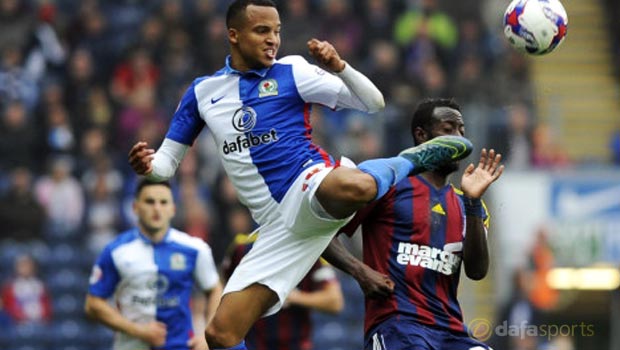 Boss Gary Bowyer hailed an outstanding team performance from Blackburn Rovers as they made it four Championship games unbeaten with a 2-0 win over Ipswich at Ewood Park.

In-form striker Jordan Rhodes was the hero, scoring a first half brace to sink his former club.

Rhodes gave the hosts the lead from the spot early on after Hope Akpan was fouled in the box by Larsen Toure.

The win ensured Rovers recorded back-to-back home victories without conceding a goal and lifted them to 14th spot in the Championship table, leaving them just seven points off a playoff place.

Bowyer is delighted the recent improved performances are finally being rewarded by positive results.

“It was an unbelievable performance against a very good team,” Bowyer told Radio Rovers after the game.

“I think it was probably the most complete team performance in the time that we’ve been in charge. I can’t praise the players high enough.”

Whilst Rhodes was the goalscoring hero and will come in for many of the plaudits, Bowyer was quick to highlight the all-round performance from his team.

“You saw a team today that have really got each other’s backs,” added Bowyer.

“The pressing from Ben Marshall to start off with really set the tone and when you’ve got the front two closing down like they did, Tom Lawrence and Jordan Rhodes have ran from the middle of the pitch to put the centre-halves under pressure and it is infectious, it rubbed off on everybody.”

Following the victory, Blackburn are 19.00 to be promoted from the Championship this season while Ipswich are available at 9.00.