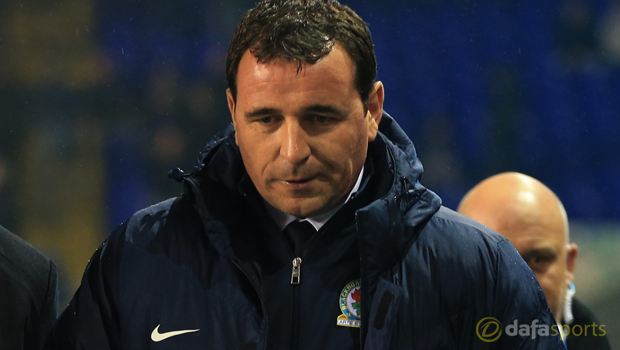 The Ewood Park side went into the international break having won just three times in 16 league outings this season, scoring only 15 goals along the way.

Rovers are in 16th spot in the Championship, four points clear of the relegation zone.

The club confirmed they have decided to relieve Bowyer of his duties with immediate effect.

“The owners felt that following a disappointing start to the season, they have to act in order to give the club the best chance of success in the remainder of the campaign,” said a club statement.

“The owners wish to place on record their sincere gratitude for the hard work and determination
Gary has given the club, both in his capacity as manager and previously as Under-21 coach and within the academy, in particular during the difficult period following relegation from the Premier League.”

The 44-year-old had two spells as caretaker manager while reserve-team boss at Ewood Park, before being appointed full-time in May 2013.

As Rovers boss, Bowyer led the club to eighth place in his first full season in charge, followed by ninth in 2014-15 but things have not worked as well so far this season.

Blackburn have confirmed the search for Bowyer’s replacement is already underway and, with no game until November 21, a new manager could be in place for the trip to Preston.

Blackburn are 15.00 to be relegated from the Championship this season while they are 26.00 to earn promotion to the Premier League.