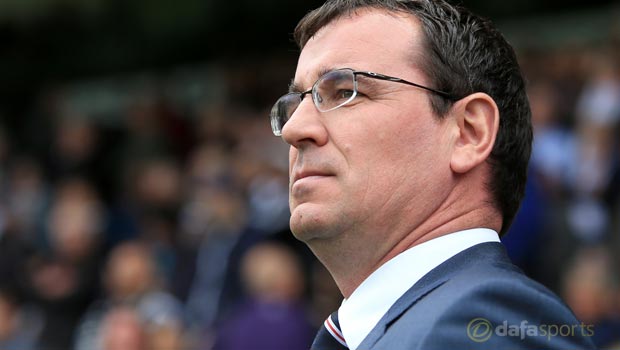 Blackburn boss Gary Bowyer says he remains unconcerned by his side’s current winless run as he felt they were unlucky not to have taken anything from Sunday’s trip to Fulham.

Rovers remain in the bottom three in the Championship after losing 2-1 at Craven Cottage, with Ross McCormack and Moussa Dembele firing home the goals for the home side.

Jordan Rhodes pulled one back from the penalty spot before Grant Hanley thought he had netted the equaliser, only for the officials to judge the ball had been cleared by Jamie O’Hara before it crossed the line.

Replays showed the whole of the ball did cross the line, prompting Bowyer to call for the Football League to follow in the footsteps of the Premier League by introducing goal-line technology.

Even without Hanley’s wrongly disallowed goal, Bowyer felt his team had done enough to win the match, creating plenty of chances only for Fulham goalkeeper Andy Lonergan and the woodwork to deny them.

The defeat means it is now six Championship games without a win for Rovers and they are 3.50 to be relegated this season.

Bowyer is determined to stay positive, though, claiming the wins will come if they continue on their current path.

Bowyer told the Lancashire Telegraph: “We’d be more concerned if we weren’t creating chances but you’ve seen the number of chances we’ve created there.

“You’ve got to keep the belief that it will turn for us as you’ve seen today that we’ve not lost the game through a lack of effort or a lack of commitment, we just haven’t been lucky enough in front of goal a little bit and certainly with certain decisions.

“I think you saw the passion and honesty that these lads have got for the club.”

Next up for Blackburn is another clash in west London as they prepare to face QPR on Wednesday night. Rovers are 4.00 to get their first win, while Rangers are 1.91 and the draw 3.40.