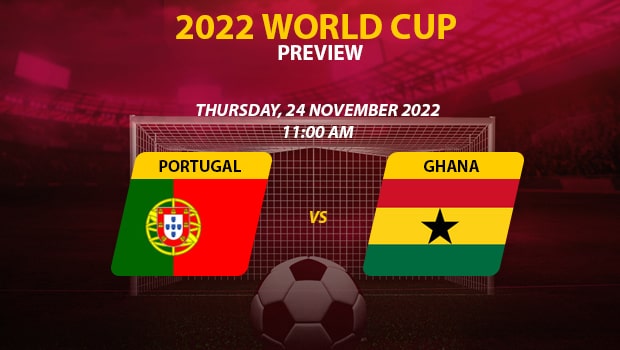 Cristiano Ronaldo has made headlines because of his issues at Manchester United, but his commitment to Portugal’s success has never been questioned.

The Portugal roster is full of talent, the main issue is, can head coach Fernando Santos fit all the pieces properly?

Ghana’s main problem is depth, but their roster is also decent, led by midfielders Thomas Partey and André Ayew. Partey has been one of the keys to Arsenal’s success this season. They look like a completely different team when he plays. André Ayew and his brother Jordan bring a lot of experience and a combined 42 international goals.

There’s not exactly a big weakness in Portugal. Cristiano Ronaldo should be motivated playing in possibly his last World Cup and Ghana has an uphill battle against this extremely talented Portugal team.

Two-star (out of four) AccuScore hot trend pick on Portugal in this one. Average score in simulations is Portugal 2.01 to Ghana 0.39.