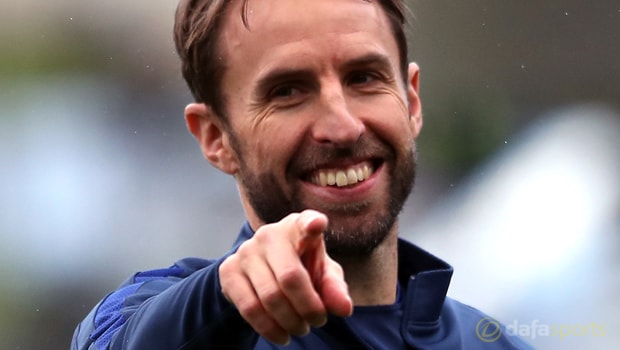 Gareth Southgate admits he has “loved” every minute of being interim England manager but concedes his future is out of his hands.

The Three Lions turned to Southgate after sacking Sam Allardyce following just one 2018 World Cup qualifier, a 1-0 win over Slovakia.

Southgate then led England to a 2-0 victory over Malta before drawing 0-0 away from home against Slovenia. The former Middlesbrough coach was given another tough assignment on Friday night but watched on as England comfortably beat Scotland 3-0 at Wembley.

The Football Association will start to look for Allardyce’s successor after Tuesday’s friendly with Spain and Southgate admits he has “enjoyed the role.”

He told reporters: “I’ve loved it. I’ve really enjoyed the role, the responsibility, the challenge of every part of it.

I get that it’s not quite as enjoyable if you don’t get the results. “It’s been a brilliant experience.

I’ve taken so much from it. As a group of staff, it’s not just about me remember, we’ve created a good environment here. “It’s not my decision [whether he gets the job].

I was really pleased to be given the task to pick up the job in a difficult situation and I feel we’ve prepared the team really well.

I’ve enjoyed that. “We now have a different challenge to prepare for Spain, and the rest is out of my hands.” England are 2.88 to win on Tuesday, with the draw 3.20 while Spain are 2.40.