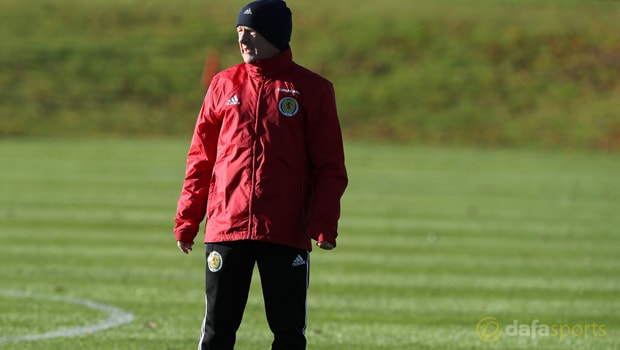 Scotland boss Gordon Strachan was quick to praise his players for their display despite suffering a 3-0 defeat to England at Wembley.

Strachan’s men went into the game needing a result to ease the pressure as they try to qualify for the 2018 World Cup in Russia.

They fell 1-0 behind when Daniel Sturridge opened the scoring but the Scots then had a number of chances to draw level.

They carved England’s defence open on plenty of occasions but further efforts from Adam Lallana and Gary Cahill killed the game off.

The 59-year-old has been linked with the exit door in recent weeks but post-match he refused to discuss his future and instead focused on his team’s battling display.

“If you think I’m sat here worrying about myself, how I feel, you’re completely wrong,” he told reporters.

“I’m thinking about all the fans that came down here, all those players in the dressing room. “At this moment in time I feel really proud of the way they played, went about their job.

At the same time I feel really hurt that they went through that in the last 15 minutes after what they put in.

“I’ve seen Scotland teams come here and not get a shot on goal, and some of them are pundits now. It was nothing like that [tonight].

That was a braver, more organised performance. “We’ve got to have a wee look at it now, then go away and have a debrief.

At this time it’s hard to take in anything. I do feel for that group in there because that wasn’t fair.”