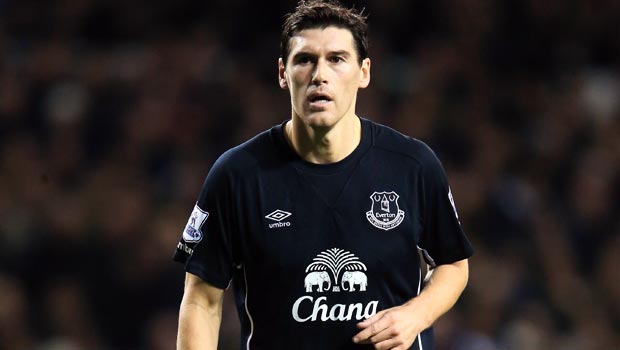 Everton midfielder Gareth Barry is targeting another unbeaten run and admits the team are disappointed with the way they performed against Tottenham Hotspur on Sunday.

The Toffees took the lead at White Hart Lane but conceded two goals before half time, with Roberto Soldado’s injury-time strike proving to be the winner.

It ended a run of eight games without defeat for Everton and leaves them 10th in the Premier League, five points adrift of the top four.

Barry admits the team did not stick to the game plan set by Roberto Martinez and have only themselves to blame.

“Any defeat is disappointing, especially when the start we had was perfect,” the England midfielder told Everton TV.

“We spoke about going a goal up and then stamping our authority on the game after that. It didn’t quite go to plan – we weren’t as positive after the goal.”

Everton face Hull City at home on Wednesday looking to start another unbeaten run ahead of the busy festive period as they look to close the gap on the teams above them.

“In the second half we kept battling to the end and the good thing now is that there is another game on Wednesday were we will try and put it right,” added Barry.

“It’s always a tough place to come and it was similar to last season. Spurs are one of our rivals and, like ourselves are battling to get into one of those Champions League places.

“It was on the back of eight games without defeat and that was a big positive but Wednesday we try and start another one.”

Everton are 1.51 to return to winning ways on Wednesday while a draw is 3.94 and Hull are priced at 6.50 to end their four-game losing streak with a much-needed victory.