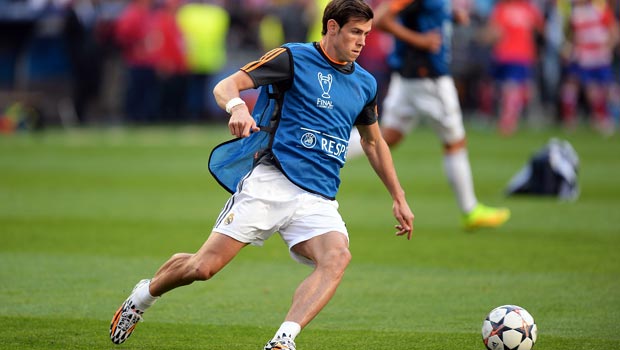 Gareth Bale claims Real Madrid have yet to see the very best of his capabilities, while he is determined to win “more and more”, including being the first team to retain the Champions League trophy.

The 24-year-old Wales international made the move to Estadio Santiago Bernabeu in a world-record £85million switch from Tottenham last summer and went on to help pay off that massive price-tag with 22 goals and 11 assists in 44 matches.

Bale scored a brilliant winning goal to seal the Copa del Rey trophy against arch-rivals Barcelona, while he was also on target in extra-time as Los Blancos defeated city rivals Atletico Madrid 4-1 in last month’s Champions League final to win their 10th European Cup and first since 2002.

With no World Cup finals this summer for Bale and his country, he is already champing at the bit for the new La Liga campaign and the former Southampton starlet is determined to show he can reach new heights.

Bale is also to not only retain the Champions League but also win the domestic title in Spain after Carlo Ancelotti’s men had to settle for third place behind champions Atletico and runners up Barca this past season.

He told AS: “I hope to improve those figures. I want more and more. I work hard to give my best for Madrid.

“I feel that I can improve more and I hope to continue getting better. I’m still young and I have room to improve in the future.”

He added: “(I want) each and every trophy. Especially the league, which I still don’t have.

“I’m also motivated to win the Champions League and the Copa del Rey again. The team will be even more competitive and could win everything.

“We want to be the first team to retain the Champions League. That is a motivation.”

Meanwhile, Bale’s Wales are 50.00 to win their Euro 2016 qualification Group B and reach the finals in France in two years’ time.