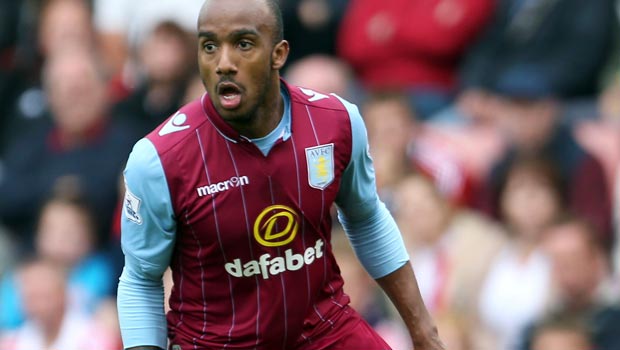 Agbonlahor this week put pen to paper on a new four-year deal that should keep him at Villa, the club he has been with since the age of eight, until 2018.

And the 27-year-old forward now wants Delph, who is in the final year of his current contract, to commit his long-term future to the Villans.

Talks between Delph’s representatives and the club are ongoing and Agbonlahor admits he is desperate for his team-mate and friend to agree a new deal.

“For me, as a close friend and team-mate, I’d love nothing more,” he told the Daily Mirror.

Agbonlahor was impressed by Delph’s performance on Monday when he made his first start for his country in the Three Lions’ 2-0 win over Switzerland, but the ex-Leeds’ midfielder’s rise to full England honours came as no surprise to him.

“Fabian does a lot of extra training out of football,” he added.

“He is the most dedicated player I have seen so far since I have been here. He would rather do extra training than go for a beer. That is his mentality, he wants to achieve big and go far.”

Agbonlahor and Delph are both expected to start for Villa against Liverpool at Anfield this Saturday as Paul Lambert’s men look to continue their impressive start to the Premier League season that has seen them take seven points from three matches.

Villa stunned the Merseysiders in the corresponding fixture last season as they raced into a 2-0 lead before Liverpool fought back to claim a 2-2 draw, costing them two valuable points in the title race.

A repeat of that 2-2 scoreline is a tempting 25.0 in the correct score market.