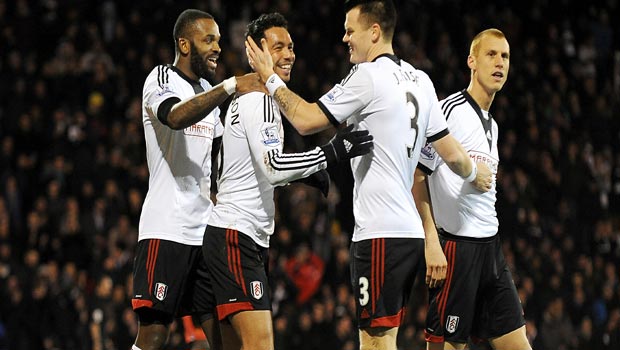 Fulham midfielder Kieran Richardson is “very confident” that the relegation-threatened Londoners will overcome Norwich City in their ‘must-win’ Premier League clash this weekend.

Confidence appears to have been restored in the Cottagers’ camp after their morale-boosting away win at Aston Villa on Saturday lifted them off the bottom of the table.

As a result, Fulham can close to within two points of safety with a home victory against Norwich this weekend and Richardson knows they have a great chance to put pressure on their opponents.

Norwich, who sacked manager Chris Hughton on Sunday, lie in 17th place and face matches against Liverpool, Manchester United, Chelsea and Arsenal in their run-in.

“Our last four games, we’ve picked up two wins. We’re in form and hopefully we can beat Norwich.

“It will be a hard, hard game, there’s no denying that – they’re fighting [to stay] in the Premier League as well. But if we beat them we’ll be two points behind them.

“There are a lot of points to play for. It may go to the last game.
But we can play football, we can mix it.

“We’re confident in the changing room, but we’ll be wary of Norwich.”

Fulham are 2.14 to clinch a vital win over Norwich on Saturday with the visitors available at 3.03 and the draw priced at 3.30 with Dafabet.