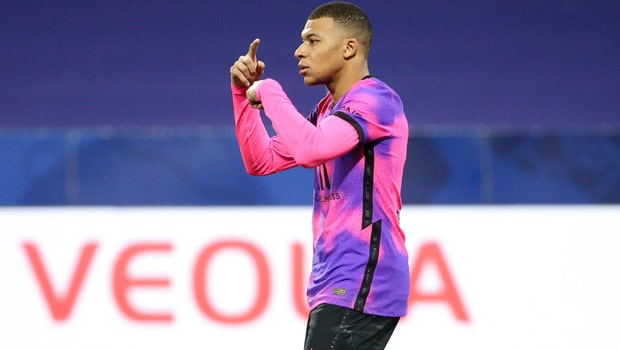 France will be among the top 55 European countries that will kick-off their 2022 World Cup qualifiers tonight.

Les Blues are going into the qualifiers with their top striker, Kylian Mbappe is the best form of his life. The teenage striker, who has overcome his injury woes, netted his 100th Ligue 1 goal over the weekend in the top of the table clash at Lyon.

Going into this clash on the back of wins against Barcelona and Lyon, France coach Didier Deschamp couldn’t wish for a better time to have the international break.

The 55 European countries will be involved in 10 European qualifying groups games. They will be in involved 75 games in eight days.

As defending champions, France will begin their journey tonight by welcoming Ukraine tonight. They will then play Kazakhstan on Sunday before ending the international break with the matchday three against Bosnia and Herzegovina on March 28 and 31.

At only 22 years old, Mbappe has hit magnificent form this season, scoring ten goals in seven games, starting with a hat trick in a Champions League win at Barcelona.

Although Olivier Giroud continues to struggles for playing time at Chelsea, he will surely lead the line because he is a favourite of Deschamps to partner with Mbappé in the attack.

Ahead of the qualifiers, Deschamp invited 26 players that would prosecute the games. The European announced four in the goalkeeping department. Those invited include captain Hugo Lloris, Alphonse Areola, Mike Maignan and Steve Mandanda.

In the middle of the pack, there are Paul Pogba, N’Golo Kante, Tanguy Ndombele, Moussa Sissoko,  and Adrien Rabiot.