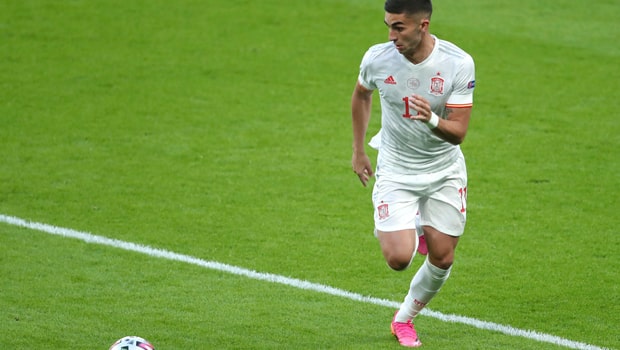 Spain had their second victory of the September international break when they defeated Kosovo 2-0 on Wednesday evening.

The first meeting between both sides in March had ended 3-1 and Spain needed to record another victory to extend their lead and advantage at the top of group B.

Furthermore, the La Roja needed to further boost their results after losing to Sweden, their first in the FIFA World Cup Qualifiers since 1993, two games ago before beating Georgia on Sunday.

The loss at put their automatic qualification chances in jeopardy and Spain knew they needed to rack up more wins.

The game started brightly for Spain and they broke the deadlock when Alavaro Morata provided West Ham United’s Pablo Fornals with his first international goal for Spain.

The second goal didn’t come until towards the end of the game with Manchester City forward Ferran Torres scoring his second goal of the international break.

Spain, with the win, remain at the top of the table with 13 points from six games played and are four points above Sweden who lost to Greece on the same night.

Greece took the lead in the 62nd minute with Turkey based striker Anastasios Bakasetas opening the scoring.

The Greeks put the game beyond the visitors when Vangelis Pavlidis added the second goal in the 78th minute but Sweden got one back in the 80th minutes through Robin Quaison.

Nevertheless, the Swedes remain in second with three points more than Greece.

Spain will play in the UEFA Nations League playoffs in October against European Champions Italy before completing their World Cup Qualifiers against Greece and Sweden in Novermber.