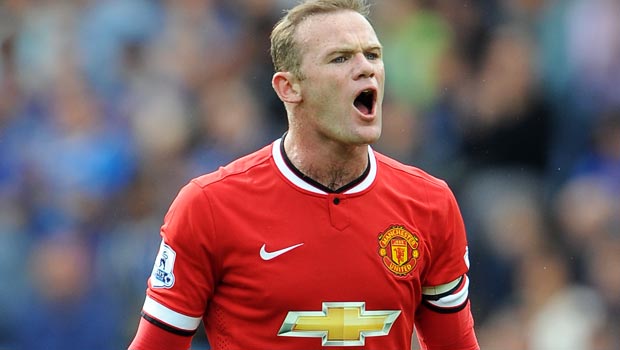 Former England captain Gary Lineker feels Wayne Rooney’s best days are now behind him and he has failed to become an all-time great in the sport.

Rooney has come in for some criticism in the media this season after a number of lacklustre displays for both club and country while he was, along with most of his team-mates, disappointing at the World Cup in Brazil.

The 28-year-old did score in United’s 2-1 Premier League success over West Ham United at the weekend but he is no longer the undisputed star at Old Trafford, with the likes of Angel di Maria and Radamel Falcao now at the club.

He remains an important figure for the Red Devils, however, and, like Lineker in the past, now wears the England captain’s armband.

But the Match of the Day presenter feels that, while some of his contemporaries have taken their game to a new level, the former Everton man has remained a rung below.

“We’ve seen a lot of great things from Rooney over a long period.
There’s no question he’s a terrific player,” he told talkSPORT.

“But he’s not gone on to become a Cristiano Ronaldo or Lionel Messi.
Realistically, he was never going to be one of the all-time great players.”

Due to United’s lack of Champions League football this term, Rooney will next be in action when the north-west giants take on Everton on Sunday, October 5, with United priced at 1.69 to take the points and the Toffees trading at 4.81.

And Lineker believes that, while Rooney remains a top-class player, the fans have probably already seen the best of the talented hit-man.

“Whether we’ll see something better from him in the future is unlikely,” he added. “Statistically, your prime years are between 22 to 28 years old, after that you gradually peter out.”