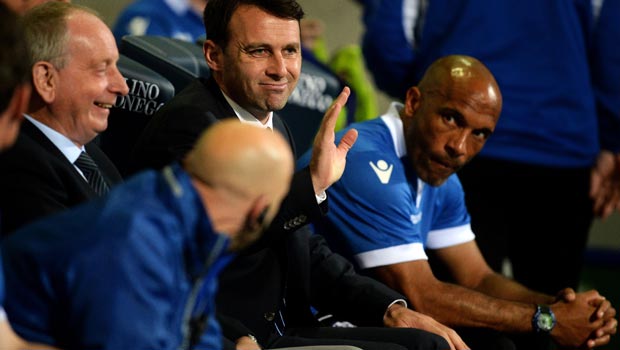 Bolton boss Dougie Freedman insist his friendship with Fulham caretaker manager Kit Symons will go out of the window when the two sides meet in the Championship on Wednesday.

This fixture would have been in the Premier League a few years ago but both clubs are now struggling at the wrong end of the Championship.

Following relegation last season and the departure of manager Felix Magath, the Cottagers currently sit in 23rd place in the second tier of English football, with just four points from nine games.

Things are not much better at the Reebok Stadium, however, with Bolton just one point and one place better off heading into the mid-week encounter, and so both clubs are desperate for the points.

Fulham, who are priced at 1.92 to win the match, secured their first league success of the campaign at the weekend when they managed to beat Birmingham 2-1 at St Andrews, while the Trotters, who can be backed at 3.88, lost 2-0 at home to Derby.

And Freedman expects the opposition to be well up for the clash by the Thames with Symons now pulling the strings at Craven Cottage.

“I worked with him at Crystal Palace, he’s assistant manager of Wales, so he’ll be giving it a right good go – I’d expect that from him,” he said.

And the former Crystal Palace chief admits that both managers will have only victory on their mind when the referee gets proceedings under way.

“He knows exactly what I’m like as well,” he added. “When the whistle goes, there’s no best mates, we want to win games of football.”