No fear for Pep Guardiola 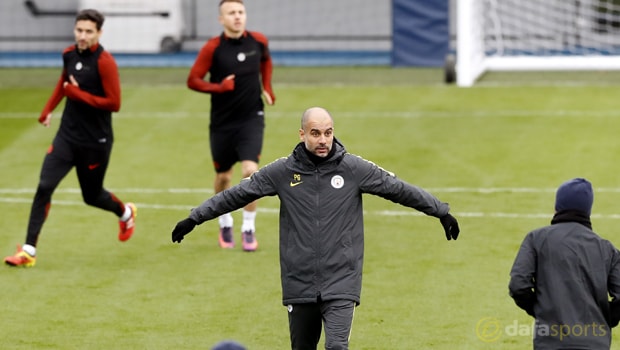 Pep Guardiola insists Manchester City do not fear anybody in the Champions League after missing out on a seeding for the last-16 draw.

Despite there still being a game to go in Group C, the Citizens’ draw with Borussia Monchengladbach on Wednesday, combined with Barcelona’s win at Celtic, means they can now only finish second in the pool.

The result of the situation is that Guardiola’s men may now face holders Real Madrid, their local rivals Atletico, or the likes of Paris Saint-Germain or Juventus in the first knockout round.

Finishing top of their group benefitted City last term as they eventually went out in the semi-finals but before that they had failed to make it past the last 16, having consistently missed out on a seeding.

However, having defeated Barca earlier this month, they know they have the quality to beat anyone and their Spanish coach’s tactical acumen will only add to their confidence.

Guardiola says he is not worried by any of his side’s potential rivals, arguing that every team has to be at certain level to reach the second round, while also admitting he is pleased to know they will be avoiding former club Bayern Munich.

“We know that in Europe every team you play can cause you problems,” the 45-year-old told reporters.

“But we’re improving. We have to improve in Europe and I believe we can do that. “We’re through to the next round and that’s why I’m so happy.

City are 11.00 to win the Champions League, while Guardiola’s former clubs Barcelona and Bayern Munich are priced at 4.00 and 4.50 respectively.