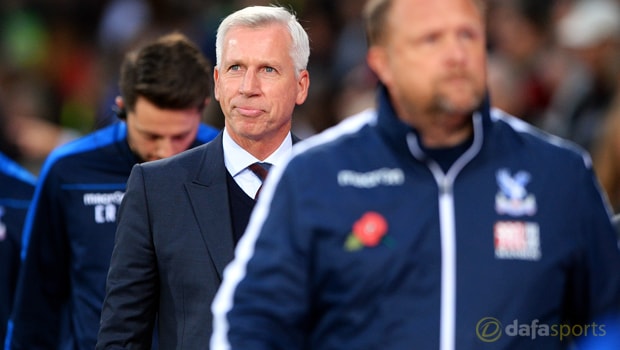 Former Crystal Palace favourite Andy Johnson is adamant that Alan Pardew is the right man to turn the club’s fortunes around.

The Eagles, who are 7.00 to be relegated, have struggled for form throughout the last 12 months, with them currently having the worst points-per-game ratio of any team in English football’s top four divisions during the 2016 calendar year.

Following defeat to Manchester City last time out, they head into this weekend sitting 16th in the Premier League and recent reports have suggested that the board are starting to lose patience with boss Pardew.

Another poor result could spell the end of his time in charge at Selhurst Park and he and his troops will be desperate to claim a morale-boosting victory when they take on bottom club Swansea on Saturday.

Having traditionally been somewhat of a yo-yo club, the Eagles seem to have finally found some stability in recent years and on paper, the talent in their squad suggests they should be pushing for the top half at a minimum.

Johnson, who now works as an ambassador for the club, has backed Pardew and his players to transform their fortunes, insisting they have the quality to avoid being drawn into a relegation scrap.

“They are a good team,” he is quoted as saying by the Croyden Advertiser. “Palace have a great squad and the manager has done a good job to get that squad.

“They have been unlucky with the results, but I have every confidence they will come.

“On Saturday, against Manchester City, at times they were by far the better team, but they just haven’t been getting the rub of the green.”