Favre heaps praise on Haaland after an Incredible Debut

Posted by Olumide Akinnifesi on January 20, 2020 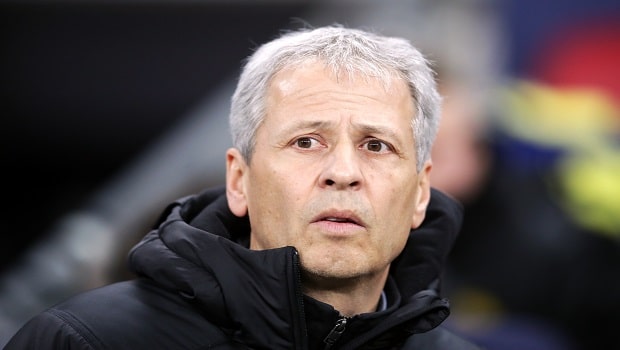 Borussia Dortmund manager Lucien Favre has hailed new signing Erling Haaland after an incredible debut. The striker came on as a substitute to score a hat-trick against Augsburg on Saturday.

Dortmund drew inspiration from Haaland after they came back from 3-1 to record a 5-3 away victory, which will long live in the memory of the fans and players.
Many would have had initial thoughts about the Norwegian born-forward after he made a move to Dortmund, arriving on a record of 28 goals in 22 appearances for his previous

club Red Bull Salzburg. The 19-year old proved the doubters wrong as he scored on his debut, not just a goal, but an astonishing 23-minute hat-trick.

Lukasz Piszczek made way for Haaland in the 56th minute and the forward scored with his first touch within 183 seconds as he drove a low shot into the far corner of the net.

The brilliant Haaland added his second with a tap in from a cross courtesy of Jadon Sancho before completing his hat-trick. The attacking, creative trio of Sancho, Thorgan

Hazard, and Marco Reus was impressive as each of them all recorded an assist.Erling Braut Haaland joined Borussia Dortmund for a reported fee of [17.1m pounds] amid interest from Manchester United and a host of other European clubs.

Lucien Favre acknowledged he had just acquired a hot and young forward but failed to believe he could put up this incredible performance.

He is judging by the fact that he had only limited training with the team due to a knee injury he sustained before his arrival.

The manager continued and said “he began very well and has immediately stamped his authority on the league. His remarkable strengths show how he made some runs behind the opposition defense to score three goals, which is phenomenal.

Dortmund host Cologne on Friday, and Favre has been asked as to if Haaland will be in the starting lineup. He answered and said, “ my players are always ready, but as for

Erling, he had a knee injury back in December and hasn’t trained enough in our training camp. but we’ll see how it goes.”

Dortmund are fancied at 1.31 to see off Cologne, while Cologne are backed at 9.60.