Father vs son at the Stadium of Light 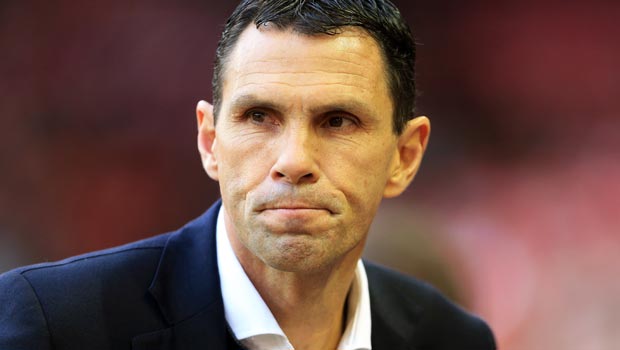 Diego Poyet is hoping his West Ham side will defeat his dad Gus’ Sunderland team when the two clubs do battle at the Stadium of Light on Saturday.

Poyet junior has returned to the Hammers after a brief loan spell at Championship side Huddersfield, having found first-team opportunities hard to come by since moving across London from Charlton in the summer.

The 19-year-old is hoping to force his way into the Irons’ match-day squad for the trip to Wearside, but knows that will be easier said than done as he returns to a club riding high in the Premier League.

Sam Allardyce’s men are currently fourth in the table and have won their last three games in a run that has seen them only lose once in nine matches in the league.

The former England Under-17 international has started only once for the east Londoners this season, but even if he does not force his way into the squad for Saturday’s game, there is no question where his loyalties will lie.

He revealed: “Even if I’m not involved, I’ll still try and make the journey to support the boys. Hopefully we’ll get another three points.”

The two Poyets have yet to come up against each other during their professional careers. By the time the Spanish-born midfielder had broken into the Charlton first team last season, his father had left his managerial role at fellow Championship club Brighton.

Poyet junior has admitted that although he may struggle to feature in Saturday’s trip up north, he is hopeful one day that the two can come up against each other in a competitive match.

He continued: “I’d love to be play in the game against Sunderland.

We’re both looking forward to it happening one day, we’ve been joking about it recently. We won’t talk about it this week, after the game I’m sure whoever wins will have something to say.”

The Hammers are marginal favourites at 2.58 to win the game, with the Black Cats available at 2.70 to secure a home victory and the draw at 3.20.