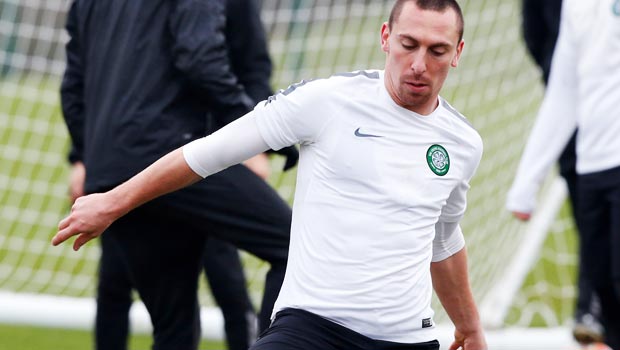 Celtic captain Scott Brown will be rested for his side’s final Europa League group match away to Dinamo Zagreb on Thursday.

The Scottish champions have already secured their place in the knockout stages of the competition after collecting eight points from their opening five Group D fixtures, but after their 3-1 home defeat to Salzburg last time out they can no longer catch their conquerors at the top of the group, making the match at Stadion Maksimir a dead rubber.

Bhoys’ assistant manager John Collins has insisted that the team will still approach the game like they would any other in terms of intensity and preparation, with only one or two changes to the usual line-up likely to be made.

He said: “We can go and enjoy the game but you only enjoy it if you play well and get a result. There is a chance there will be one or two changes but not too many changes that is always dangerous.”

One player who has been left in Glasgow is skipper Scott Brown. The 29-year-old is one booking away from missing the next European match, so it has been decided he is not worth risking in the match in Zagreb.

The 46-year-old coach continued: “Scott Brown has been left behind. He is on a booking so we will rest him and I think he deserves a little rest.”

Winger James Forrest will also miss the match against Dinamo as a precaution as he makes his way back to full fitness, but the 23-year-old should be fit for the league game with St Mirren on Sunday at Celtic Park.

On loan Manchester City striker John Guidetti continues to be ineligible for the Hoops’ in Europe, whilst midfielder Charlie Mulgrew and defender’s Jason Denayer and Mikael Lustig are all unavailable with niggling injuries, although the latter has just about recovered from his hamstring problem.

Ronny Deila’s side are outsiders to get a result in the Croatian capital at 3.31, with the hosts installed as 2.06 favourites and the draw is priced at 3.20.