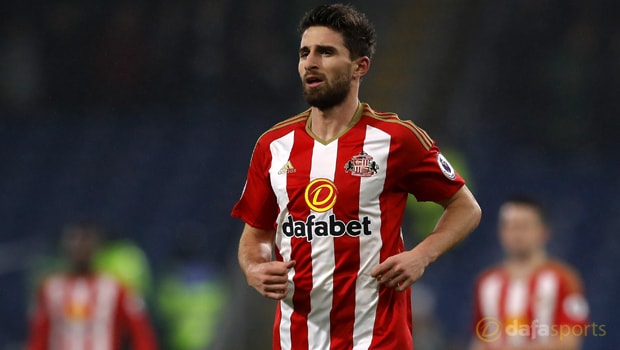 Fabio Borini knows just how unpredictable the Premier League can be and is remaining optimistic Sunderland can escape relegation this season.

Sunderland are once again battling against the drop and the club are sitting rock-bottom of the table, six points adrift of Crystal Palace in 17th place.

The Black Cats, just like last season, look like they will need to perform another Houdini act to ensure they manage to secure their top-flight status for the next campaign.

David Moyes’ side have lost their last three games – conceding eight and failing to score – and they have only managed to record five victories from 27 outings.

Borini, who arrived at the Stadium of Light on a permanent deal in 2015 from Liverpool, has struggled for playing time this season and has made only 11 league starts.

The Italy international has featured in the past few weeks and is now hoping to be a regular fixture in the first team for the remainder of the campaign.

Sunderland face a difficult challenge to avoid dropping down to the Championship but Borini insists there is still a long way to go until the final positions are decided.

“We know in football how quickly things can change, (Leicester City manager Claudio) Ranieri has been sacked nine months after he won the league,” he said.

“He should have a statue outside the stadium like people said, so we always know that football can change.

“Confidence is the key in modern football, as Leicester showed last season – they won the league with an average team.”

Sunderland return to action on Saturday when they play host to Burnley and the home side are 2.40 favourites to clinch all three points, a draw is priced at 3.20 while the Clarets are a 2.88 chance.