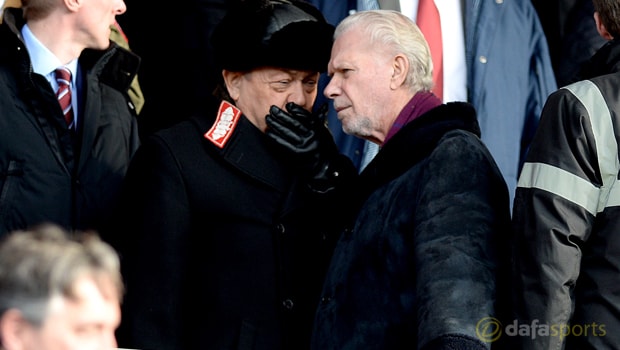 West Ham joint-chairman David Sullivan has warned manager Slaven Bilic and the players that results must improve after Saturday’s 3-2 defeat at Bournemouth.

It was a narrow victory on paper for the Cherries, who were indebted to a hat-trick from Joshua King, but two missed penalties in the first half for the hosts highlighted their dominance.

Bournemouth’s Norway international King, who took his league tally to 11 goals, missed the first spot-kick before Benik Afobe’s effort from 12 yards was saved.

Eddie Howe’s men have now moved six points clear of the relegation zone and the triumph at the Vitality Stadium was their first league win of 2017.

As for West Ham, they remain in 11th position and missed the chance to leapfrog both Southampton, who have two games in hand on the Hammers, and Stoke City.

Sullivan was extremely disappointed with the result and he says the team must start picking up in the final few months of the campaign.

“We have conceded too many goals early in halves in recent games and, while we’ve managed to get ourselves back into games like the ones at Southampton and Watford and at home to West Brom, there will be matches where we cannot equalise.

That situation cannot go on,” he told the club’s official website. “I am sure that Slaven, his backroom staff and the team were not happy with what happened and they will think about it a lot over the next few days.”

West Ham will be looking to bounce back to winning ways when they welcome defending champions Leicester City to the London Stadium on Saturday.

The hosts are 2.30 favourites to clinch all three points, a draw is priced at 3.30 whilst the Foxes, who have picked up since the departure of manager Claudio Ranieri, are available at 3.10.