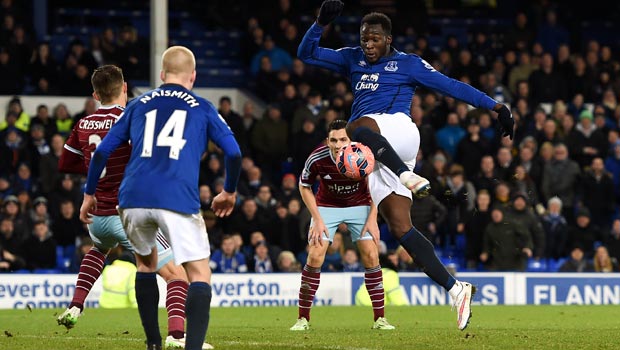 It looked as though the Toffees would suffer their fifth straight defeat in all competitions when they trailed 1-0 to James Collins’ 56th-minute goal as the match entered stoppage time.

But Lukaku fired home from Bryan Oviedo’s cross to earn the hosts a replay at Upton Park on Tuesday, January 13.

It has been a tough season to date for the Merseysiders, who currently sit in 13th place in the top-flight standings after losing nine games already this term.

Next up for the North West outfit is the visit of high-flying Manchester City (1.88) to Goodison Park and so defeat on Tuesday could have seen them staring down the barrel of six consecutive losses.

And Martinez admitted that the Belgium international’s strike bailed them out of a potentially tricky situation.

“It would have been very damaging but you always get an opportunity to win the next game,” he said. “At the moment the cup is such an important competition for us it would have been a horrendous setback.”

Everton (4.32 to beat City) sit just four points above the relegation zone and may look to strengthen their ranks in the January transfer window to try and give their season some new momentum.

And, as they now turn their attention to Manuel Pellegrini’s side, the Spanish tactician confessed that Lukaku’s goal has changed the whole outlook of his players.

“When you walk into a dressing room with a defeat it is a completely different situation,” Martinez added. “It is a big moment to be able to go in with different emotions.”