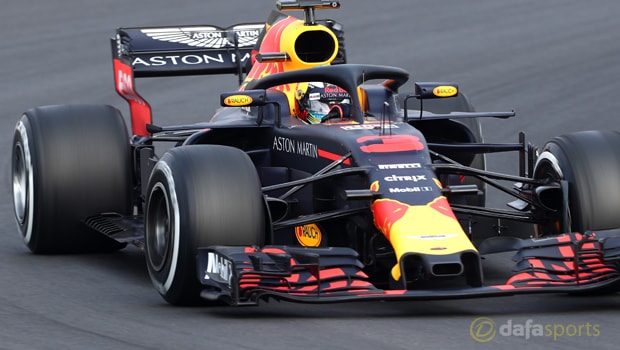 The Australian produced a typically bold drive last weekend to win his first race of the season.

Red Bull’s opportunistic pit stop strategy while the Safety Car was deployed gave Ricciardo an edge on the field and it was one he utilised in thrilling style, overtaking five drivers in the space of ten laps to grab a dramatic success.

Most notably, he got by the Mercedes of Valtteri Bottas in the closing stages with only a fine margin separating the pair from disaster.

Ricciardo has won six races since being promoted from Toro Rosso to the senior Red Bull seat in 2014, but so far a title challenge has proved beyond him.

He is out of contract at the end of the season and, with opportunities set to crop up at Mercedes and Ferrari, he admits ‘other options’ could be tempting.

“I want to be with the best car; I think the weekend proved if I got the opportunity I can pull it off,” he said. “If we can win a few more now with Red Bull, that looks very attractive.

If not, there’s probably other options. “Obviously the win helps but if we were finishing sixth every race this year, then that’s not the most attractive option to me.”

The 29-year-old has said on several occasions he feels ready to win a world championship but he feels it is too soon to suggest that will happen this term. He is looking forward to the Azerbaijan Grand Prix, where anther win might change his thinking.

“I think it’s still too early to say yes. We won at the weekend but we need to win regularly to kind of show that,” he added.

“If we come out and win again in two weeks in Baku then I’ll probably say yes.” Ricciardo is 9.50 to win in Azerbaijan while he is 34.00 to be world champion this season.