Everyone getting their chance, says Sunderland boss 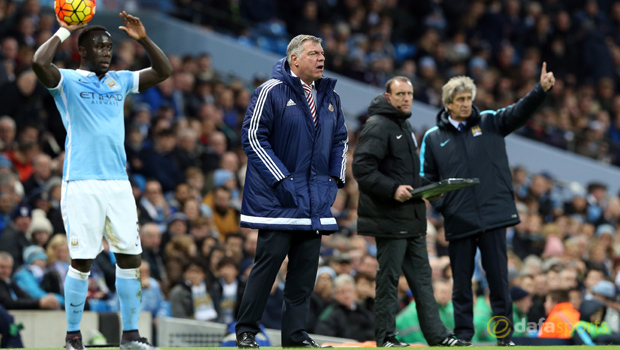 Sam Allardyce says there are no players at Sunderland that have not had a chance to shine in the first team.

The Black Cats boss says he is now facing some big decisions regarding who he keeps hold of and who moves on in the January transfer window.

Allardyce has made it clear he wants to bring in new faces, but he says he can only do that if he moves on some players to free up the wage bill.

That, he says, is why he made six changes for the Boxing Day defeat at Manchester City. However, those players that have been asking for a chance to impress failed to do so, according to Allardyce.

“We have a hugely difficult period coming along and we have players that are saying they deserve a chance in the team” he said. “Why am I not playing when the team is struggling?

“Everybody has had a chance now, an opportunity. Obviously they haven’t done as well as they should have done.”

Vito Mannone, Danny Graham, Fabio Borini, Jordi Gomez, Steven Fletcher and Adam Johnson were all restored to the starting team at the Etihad Stadium, but three City goals in nine first half minutes meant Sunderland were out of the game early.

Liverpool are next up at the Stadium of Light before a massive tussle with bottom of the table Aston Villa, and Allardyce says there will be changes in the New Year.

The boss said: “Now it is my time to make some big decisions about the squad and think about the January window and who do we get?

“Who can we get in and who do we look to move out?”

“If we are to move players in then some may have to move out, which releases the finances to do so,” he added.

Sunderland are 1.13 to be relegated from the Premier League this season, while they are 5.25 to win their next game against Liverpool.