Everton winger Kevin Mirallas urged to prove his worth 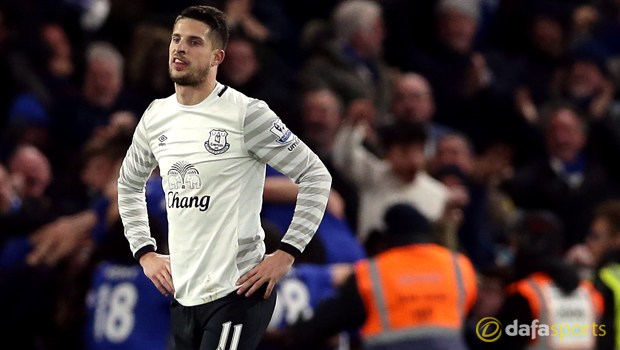 Kevin Mirallas has been told by Everton boss Roberto Martinez to prove he is worthy of a regular place in the Toffees starting side.

Mirallas has become something of a peripheral figure at Goodison Park this season but he scored a vital goal in the weekend draw with Chelsea at Stamford Bridge.

The Belgian has voiced his concern that a lack of playing time at Everton could hinder his dreams of being part of the Belgium squad for Euro 2016 this summer and the player felt his goal at Chelsea showed he is a player “who deserves to play, or at least one who should get more playing time”.

Martinez says it is important the Mirallas is able to show more than just fleeting glimpses of the quality he possesses and the Spaniard says every training session is meticulously picked over to decide which players are in the starting XI.

“I am a neutral person, I can assess every single training session and at the moment we have a very, very strong squad which means that you need to be at your best as a player in order to earn the right to play,” he said.

Mirallas has 51 caps for Belgium but the 28-year-old did not play for Marc Wilmots’ side during their Euro 2016 qualifying campaign.

His club boss has challenged him to show the sort of form required to earn a place in the Everton team and, by association, catch the eye of the national team boss.

“Kevin’s performance [against Chelsea] was outstanding and that is what you want from every member of our squad so I have got no problem whatsoever with that and football is the best judge and when Kevin is at his very, very best he showed just how important he is for us,” he added.

Belgium will play in Group E at Euro 2016 alongside Italy, Sweden and Republic of Ireland. The Red Devils are 2.00 to top the section and 11.00 to win the tournament.