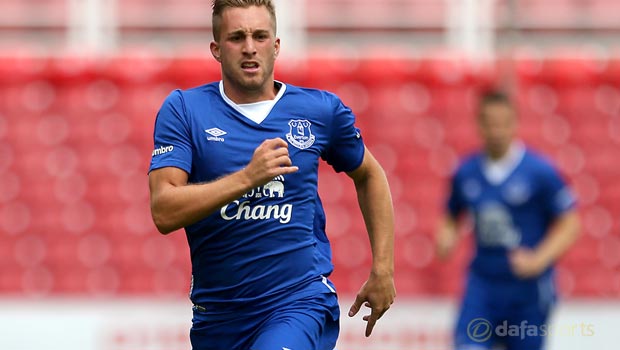 Everton winger Gerard Deulofeu believes that he deserves more game time after making a permanent move over the summer.

The 21-year-old spent a season-long loan with the Merseyside outfit, who are priced at 13.00 to finish in the top four, from Barcelona over the course of the 2013-14 campaign.

However, he then returned to his homeland and subsequently spent the following season on loan in La Liga with Sevilla as they went on to claim a second successive Europa League title.

Deulofeu is a product of the Barcelona youth system and played 68 times for the B team, but was only handed two appearances with the senior side.

The winger eventually secured a permanent move away over the summer after the Catalan outfit accepted a bid of £4.2million for his services from the Toffees.

Since returning to Goodison Park, the Spaniard has been restricted to just four substitute appearances in the Premier League.

Everton have made a steady start to the campaign and sit in sixth place with nine points from their opening six games.

Boss Roberto Martinez has opted to stick with the same core of players in the opening stages and Deulofeu insists that he wants the chance to prove himself.

Deulofeu said: “[Everton manager] Roberto Martinez makes me feel very calm, though I know that being calm isn’t really me, and I tell him that.

“I need to be playing, to feel important. I now see myself as more professional. I live by football, and it is football that will bring me glory.

“I really want to show what I have to give. I want to establish myself here and play a lot of games for Everton.”

Everton can be backed at 2.40 to win their next Premier League outing when they travel to take on West Brom, who are available at 3.00, while the draw is 3.30.