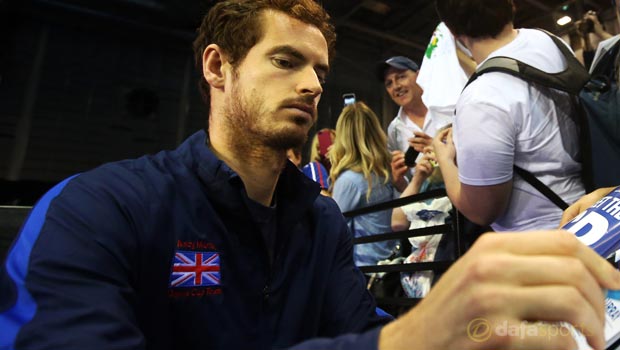 British number one Andy Murray has been told that he is “required” to compete in the ATP Tour Finals after revealing he was hoping to skip the event.

Murray had discussed the possibility of pulling out of the ATP Tour Finals based at London’s O2 Arena in order to prepare for the Davis Cup final.

The Scot played his part in helping Great Britain, who are priced at 1.37 to win the Davis Cup outright, to reach the final for the first time in 37 years after defeating Australia in the semi-final.

The 28-year-old suggested that he would rather miss the ATP Tour Finals, which are played on a hard-court, in order to get in some extra practice on clay ahead of the Davis Cup final against Belgium, who can be backed at 3.00 to win the Davis Cup outright.

Belgium will host the meeting just five days after the conclusion of the event in London and Murray has been warned against pulling out.

ATP president Chris Kermode expects Murray to be present at the event which he made clear is mandatory to all who qualify.

Kermode said: “The Barclays ATP World Tour Finals is a mandatory event on the ATP World Tour and all players who qualify, unless injured, are required to compete in the event.

“He has had a fantastic season and earned his place among the world’s top eight players to compete at the season finale. We are aware of the comments made after the Davis Cup tie in Glasgow, however our expectations are that, if fully fit, Andy would compete in this year’s tournament.

“Unless we hear otherwise via an official withdrawal, he is still entered to compete at the O2.”

Murray has struggled with back problems throughout his career and did complain of the injury flaring up again following the victory over Australia.