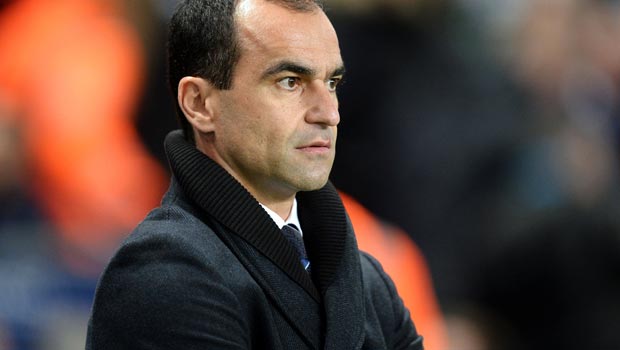 Everton boss Roberto Martinez insists that his squad will not underestimate Monday’s opponents QPR, despite their struggles in the opening stages of the season.

QPR head into the game at Goodison Park sitting 18th in the Premier League and knowing they must start to find some form heading into the busy Christmas period.

The R’s moved out of the relegation zone last weekend with a 2-0 win over Burnley, but head into Monday’s meeting back in the bottom three.

Redknapp’s side will be looking to pick up back-to-back wins for the first time this term but will not find it easy against a tough Everton outfit.

Martinez admits that securing all three points is not a certainty and he expects QPR to travel to Merseyside looking to cause an upset.

The Spaniard was able to rest some key players for Thursday’s Europa League loss to FC Krasnodar and insists he has warned his squad against complacency.

Martinez said: “They have found a way of playing that suits them. I think Harry Redknapp has found the perfect way of adding balance in the side.

“They are out of the bottom three. I think they are a team on the up and we have to be at our best.”

Everton have failed to hit the standards of last season and are currently on a run of four games without a victory in all competitions. Martinez is keen to address the situation before things get any worse.

He added: “We are playing at home, we’re desperate to come back home – the experience at Manchester City was really tough and really sad in many ways.

“Having a home game on Monday night, under the lights at Goodison, is exactly the tonic that we need.

“We know we’re facing good opposition in a good moment of form but we are desperate to get back in front of our fans and start celebrating a good Christmas period together.”