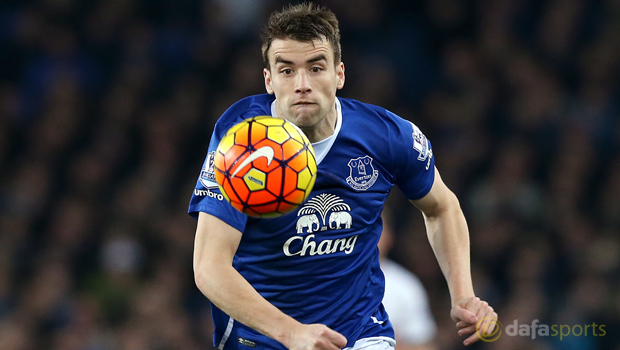 Seamus Coleman is confident Everton will be able to turn their recent form woes around when they welcome Tottenham on Sunday.

Despite playing some excellent football at times this season, the Toffees, who are 21.00 to finish in the top four, have been the architects of their own downfall at times, with their keenness to attack often seeing them left exposed at the back.

This was again evident in Monday’s 4-3 defeat to Stoke when they fell to a late Marko Arnautovic penalty.

Next up is Spurs on Sunday, a team who have been talked up as potential title contenders having lost just twice this season.

Coleman made his first appearance at Goodison Park against Spurs back in the 2009-10 campaign and, aside from a loan spell later that season at Blackpool, has been a regular ever since.

The Irishman is confident his side will be able to get back on track on Sunday, although he accepts they will need to be at their best against Mauricio Pochettino’s men

“They’re a good team and doing really well at the minute, but hopefully we can turn our luck around on Sunday,” he told the club’s official website.

“They’re going about their jobs very consistently. They have a great manager and some very good players, who are doing very well. Then, when you have someone like Harry Kane up front, you always have a chance.

“I’m sure quietly between themselves they’ll be thinking they have a chance [of challenging for the title] this year, but hopefully we can peg them back on Sunday.”