Sunderland 3-1 Aston Villa: Sam Allardyce not getting carried away 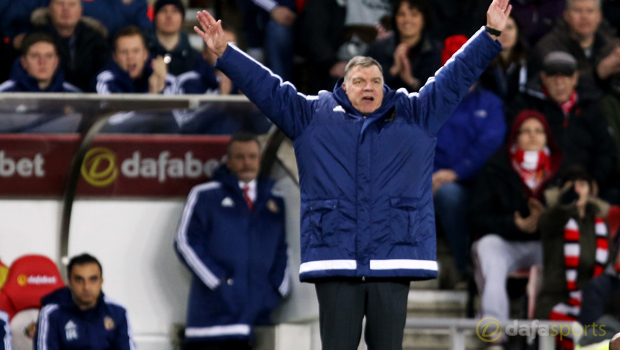 Sam Allardyce has told hisSunderland players not to get carried away despite beating relegation rivals Aston Villa 3-1 on Saturday.

After initially showing signs of improvement following Allardyce’s arrival at the club in October, the Black Cats have floundered in recent weeks and are 1.22 to be relegated.

However, a first half deflected strike from Patrick van Aanholt, plus a second half double from Jermain Defoe ended a run of five straight defeats and moved them seven points clear of bottom club Villa.

Despite the result, they remain 19th in the table, four points adrift of Swansea in 17th, who they play next time out in the Premier League.

Although their next match comes against Arsenal in the FA Cup, it is the trip to the Liberty Stadium that they will be thinking about and they are currently 5.25 to win the match, while the draw is 3.50 and the Welsh side are 1.70.

Following Saturday’s win, Big Sam tried to play down their achievements, insisting they still have a long way to go.

“We are a long way off getting safe and we are still very much a relegation-threatened side,” Allardyce said. “This has given us a little bit of relief, but we must be resilient in terms of picking up points from here on in.

“We have got to go on a run of games where we are undefeated, for me, try to get draws and pick the odd win up, and if we go eight games and we have only lost one and drawn and won a couple, not losing four and five on the trot – we just can’t do that.”