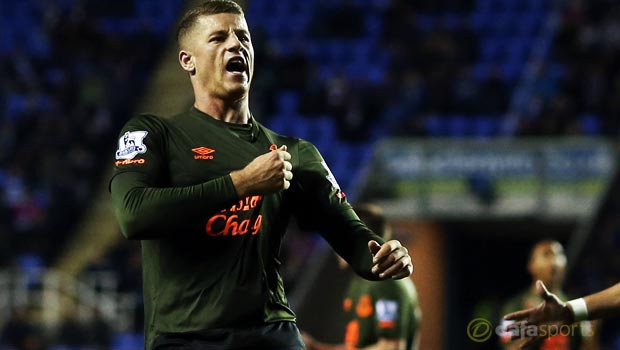 Manager Roberto Martinez was full of praise for Ross Barkley after the youngster netted a spectacular goal in Everton’s 2-1 Capital One Cup third-round victory over Reading.

The Royals took the lead at the Madesjski Stadium as Nick Blackman opened the scoring for the hosts on 36 minutes, with the Championship side holding the advantage until the break.

But Barkley bagged his side’s opener on 62 minutes before Gerard Deulofeu notched the winner on 73 minutes with a 25-yard free kick to ensure that the Merseysiders go into the hat for the fourth round.

Deulofeu was named man of the match but it was Barkley that caught his boss’s eye with a superb all-round display in the centre of the park.

And, as he watched the youngster celebrate a century of appearances for the Toffees, the Spanish tactician feels he now has a superstar who is ready to light up the English game.

“He is a completely different player to the one we saw last season and two years ago,” he said.

“He is mature and always has control in the big moments. He has to be the one scoring the important goal, a big goal. I am extremely pleased.”

Doubts were raised about the Liverpool-born schemer’s ability to perform at the top level as he has been accused of ‘going missing’ in games at times.

The former Sheffield Wednesday loan star does also lose possession more than he should but Martinez is clearly happy with what he now sees.

“We are all excited to see him progressing and developing into a special player,” he added.

The Goodison Park outfit now have a few days to recover as they are not in action until Monday night when they travel to The Hawthorns to take on West Brom and are priced at 2.40 to claim the spoils with the Baggies on offer at 3.00.