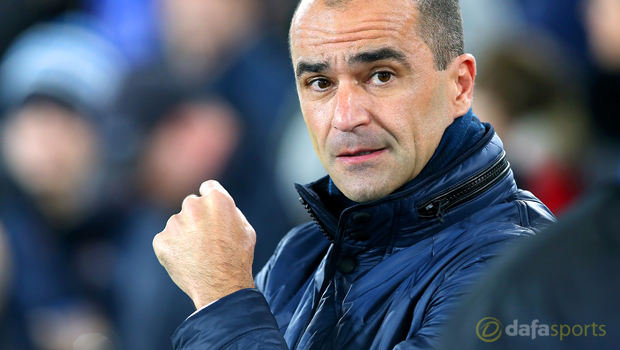 Roberto Martinez was left disappointed after his Everton side were held to a draw by Norwich on Saturday.

Everton took a first-half lead at Carrow Road thanks to a Romelu Lukaku header but Wes Hoolahan levelled matters after the break as the two sides played out a 1-1 draw.

The Merseyside outfit missed a host of chances to extend their lead in the opening 45 minutes and Martinez says Everton must learn to be more resolute after being held to their third successive draw.

“I would swap any record just to try to keep a clean sheet,” Martinez is quoted as saying by Sky Sports. “As a team we know we’ve got incredible individuals. Probably some of the best young players in European football.

“What we need to do is become a team that can control games and make sure we finish with a win, rather than just performing well and dropping points.

“Overall the performance leaves you with a feeling of disappointment, because that should have been a three-point performance.”

Lukaku scored for the seventh successive game, becoming the first Everton player to do so in 40 years, but he was guilty of wasting chances in the first half.

However, Martinez refused to criticise the striker and he feels if Everton keep creating chances for the 22-year-old he will continue his scoring run.

He added: “That’s where you judge a striker. It’s the amount of threat that he carries.

“I thought the clear-cut chances he produced is a very positive sign.
On another day he would have scored four goals, or a hat-trick.

“It’s been another top performance from him. It’s just making sure he keeps creating chances, because it’s very rare that he’s not going to convert more than the one he did today.”

Everton host Leicester City in the next round of fixtures and they are 2.10 to take all three points.