England to face Wales at Euro 2016 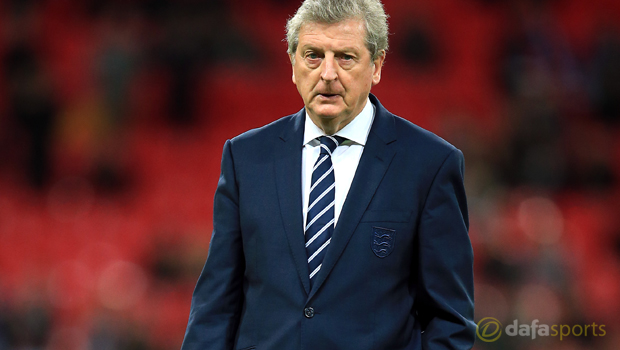 England boss Roy Hodgson is “very pleased” the Three Lions have been drawn against Wales in the Euro 2016 group stages.

The two sides will face off in Group B, with Russia and Slovakia completing the group.

The top two teams will qualify for the last-16 and the best four third-placed teams will also progress, meaning only eight teams will be eliminated after the group stages.

“We are very pleased,” Hodgson is quoted as saying by the BBC. “Wales have done so well, and whichever of the teams we got in that pot it would be tough. Why not have a tough one close to home?

“In Aaron Ramsey, Ashley Williams and Gareth Bale, they have three really top-class players. We have a lot of respect for Wales.

“Slovakia and Russia are interesting. I’ve not come across either of those two teams in my international career – which is unusual given how many matches we play.

“They are two newcomers on my CV but we respect them and it will be a question of doing plenty of research now.”

Hosts France were drawn in Group A with Romania, Albania and Switzerland.

World Champions Germany are in Group C with Ukraine, Poland and Northern Ireland.

Defending two-time champions Spain are in Group D with the Czech Republic, Turkey and Croatian.

Belgium, Italy, Republic of Ireland and Sweden make up Group E, with Portugal, Iceland, Austria and Hungary in Group F.

The first game of the tournament will be France against Romania June 10.

France are 3.75 to win the tournament outright and Germany are 4.00.