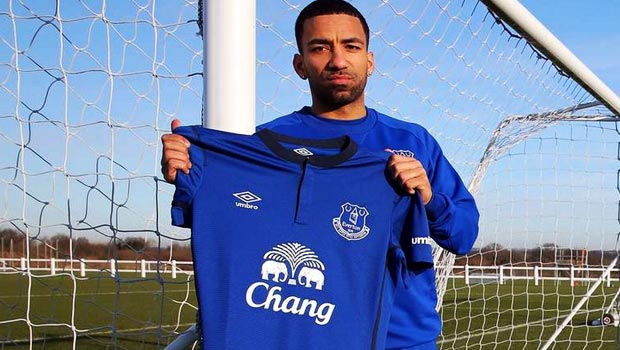 Everton boss Roberto Martinez expects Aaron Lennon to become an important member of his squad after capturing the winger on loan from Tottenham on transfer deadline day.

The Toffees are believed to have beaten off competition from Hull and Stoke to sign the 27-year-old on loan with a view to a permanent move at the end of the season.

The switch to Merseyside potentially brings down the curtain on a 10-year stint at White Hart Lane, with Lennon having struggled for games under Spurs boss Mauricio Pochettino.

Despite having shaken off the injury problems which have dogged him in previous seasons, the former Leeds youngster has started just three games for the north Londoners since the Argentine took over at the club in the summer.

Spurs were willing to let Lennon leave in order to get some regular game time, as long as he did not join a rival for a European finish, and Everton swooped to take him to Goodison Park.

The Toffees have lacked pace this season and Martinez believes Lennon is vital to their chances of success.

“We all know what Aaron will bring to our squad with his experience and know-how, his involvement with England in two World Cups and the landmarks he has set in the Premier League,” Martinez told Everton’s website.

“At 27, Aaron will be a really important asset to our squad and he will represent a real boost in terms of attacking options from now to the end of the season. His pace and trickery will fit in well at Goodison.”

Lennon will go straight into the Everton squad for this Saturday’s derby clash with Liverpool at Goodison Park.

The Toffees, who picked up their first win since mid-December last time out at Crystal Palace, are 3.18 to get the better of their local rivals, with the Reds 2.21 and the draw 3.30.