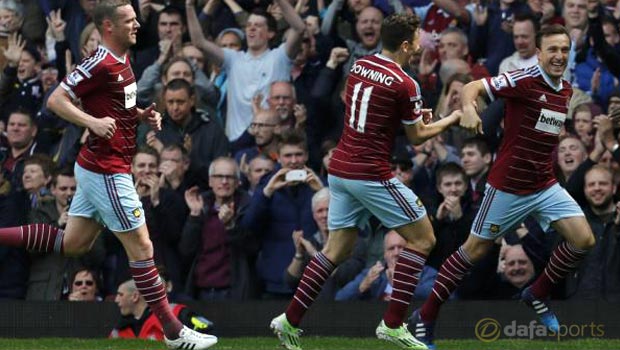 West Ham United will begin their first European campaign for nine years with a two-legged encounter against Andorran side FC Lusitanos next month.

The Hammers, who qualified for the competition because of their Fair Play record last season, will play the first leg of their Europa League first qualifying round tie on Thursday July 2, with the return fixture being played a week later.

In the 2006/07 campaign, after qualifying for the UEFA Cup by reaching the previous season’s FA Cup final, West Ham, 7.00 to be relegated from the Premier League in 2015/16, were beaten 4-0 on aggregate by Palermo in the first round.

FC Lusitanos are based in Andorra la Vella, the capital of the principality, and were runners-up in their domestic league last year.

In their previous two forays into the competition, LFC were beaten in the first qualifying round.

If, as expected, the Hammers progress, they will play either Birkirkara from Malta or Armenian side Ulisses in the second qualifying round later in July.

Meanwhile, St Johnstone will face Armenian side Alashkert in the first qualifying round and Aberdeen take on Shkendija from FYR Macedonia.

The Dons will play HNK Rijeka of Croatia in the next round if they progress while St Johnstone will come up against Crvena Zvezda of Serbia or Kairat Almaty from Kazakhstan.

Inverness Caledonian Thistle have been drawn against FC Astra of Romania in the second qualifying round after winning last season’s Scottish Cup.

Southampton will join the Europa League in the third qualifying round draw on July 17, while Liverpool and Tottenham have qualified directly for the group stage of the competition.