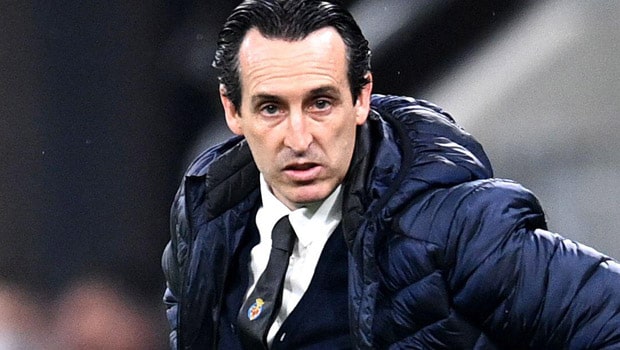 Villarreal won their first major trophy in their 98-year history after beating Manchester United to the UEFA Europa League title on Wednesday evening in Gdansk, Poland.

The Yellow Submarines led by Unai Emery, who is winning his fourth Europa League title after three previous titles with Sevilla, had beaten Arsenal to a place in the final and also needed to win the cup to secure UEFA Champions League football for next season after finishing seventh on the La Liga table.

Villarreal took the lead through Gerard Moreno in the 29th minute of the game when he scored from a floated free-kick.

However, Manchester United equalized in the second half through Edinson Cavani who poked home into an empty net.

Other than the goals both sides didn’t do much of chances creation as the game went into extra time and penalties.

The penalties went on a lengthy marathon with neither side missing the first 21 spot kicks until David De Gea stepped up to take just moments after Villarreal goalkeeper Geronimo Rulli scored his.

The Spaniard missed the decisive spot-kick to dent Manchester United’s chances of winning a trophy this season while manager Ole Gunnar Solskjaer continues to wait for his first title as Manchester United coach.

After confirming that the season has been a disappointment to Manchester United after going trophyless despite finishing second on the table, Ole Gunnar Solskjaer believes the team has to come back stronger next season after learning from the loss.

“We have to learn from that one, not savor this feeling but taste this feeling and make sure we don’t get it again. We didn’t turn up. We didn’t play as well as we know we can. We started alright and they got the goal, their only shot on target. We were disappointed to concede a goal on a set play.” Solskjaer said.