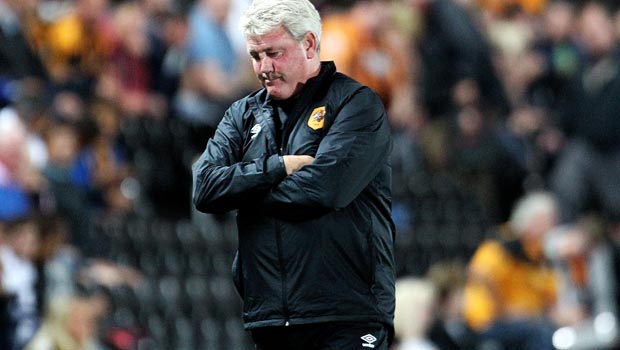 Hull City boss Steve Bruce says he is saddened by the Tigers’ failure to reach the group stages of the Europa League.

Hull were embarking on the first European campaign in their history after reaching last season’s FA Cup final.

The Humberside club needed to see off Belgian Pro League outfit Lokeren in the final round of qualifying to reach the group stages and had left themselves with plenty to do after a 1-0 defeat in the first leg in Belgium.

Hull made the perfect start to the night when Robbie Brady gave them the lead in the second leg at the KC Stadium, only for Jordan Remacle to equalise in the second half.

Brady then put the Tigers back ahead from the penalty spot before Yannick Sagbo was sent off late on for the home team.

While Hull City went on to win the game 2-1 they go out of the Europa League on the away goals rule, much to disappointment of Bruce.

“That’s European football…we’ve experienced it and what it’s all about, the frustrations, the disappointments, the away goal rule…,” said Bruce.

“To go out the way we did is the worst, away goals, but that’s the competition. That’s what playing in Europe is like.

“It’s a totally different ball game and we didn’t get to grips with it.

“To have had a big couple of European nights would have been terrific so it’s a shame.”

While Hull can now concentrate solely on domestic matters, Tottenham cruised through to Friday’s draw for the group stages with a 3-0 win over AEL Limassol.

Harry Kane, Paulinho and Andros Townsend were all on target for Spurs as they secured a 5-1 victory on aggregate.

The north London club will be joined by Everton and Scottish Champions Celtic in Friday’s draw.