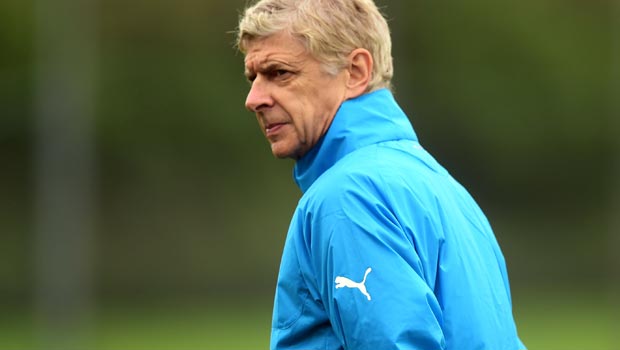 Arsenal boss Arsene Wenger says he hopes to add to his squad before the transfer window shuts but is confident his team can challenge for honours even if he fails to make further additions.

The Gunners have already made four signings this summer, with Alexis Sanchez, Mathieu Debuchy, Calum Chambers and David Ospina all moving to the Emirates Stadium.

Wenger is still looking to add a defensive midfielder and another defender to his squad before the transfer window shuts on Monday, while he is also on the lookout for a new striker.

The Frenchman could be forced to bring in a new frontman after losing Olivier Giroud for the next four months to an ankle injury.

Arsenal were said to be keen on signing Monaco striker Radamel Falcao to cope with Giroud’s absence but the Colombian has reportedly decided to move to Real Madrid instead.

Wenger is staying tight-lipped over any other potential targets but says there is a high probability he will be active in the transfer market up to and including deadline day.

Wenger said: “I will be actively involved but on the last day of the window. I will, of course, be on alert until the last minute of the transfer deadline. You (the media) have decided that I have to buy strikers – I have not necessarily decided that!
“Once again all the negotiations have to be as secret as possible and if we sign somebody, even if we sign Falcao, you will be informed.

“If I give you the number of strikers I have at the moment it’s absolutely unbelievable. We have Sanogo, Sanchez, we have Walcott, we have Podolski, we have Giroud who will come back during the season and I forget maybe one or two. Campbell can play centre forward as well and of course we can be successful.

“The success of a season doesn’t depend on one player that you buy or not. I think you do it when you think it strengthens your squad. We have shown in the last two seasons, when we think money has to be spent we do it. But we want to do it in the right way.”

The Gunners are said to be close to completing a deal for Greece international Sokratis Papastathopoulos, while PSG midfielder Adrien Rabiot is also being linked with the north London club.

Wenger will have to juggle getting his transfer business done with Sunday’s trip to newly-promoted Leicester. The Gunners are 1.87 to win at the King Power Stadium, while the Foxes are 4.27.