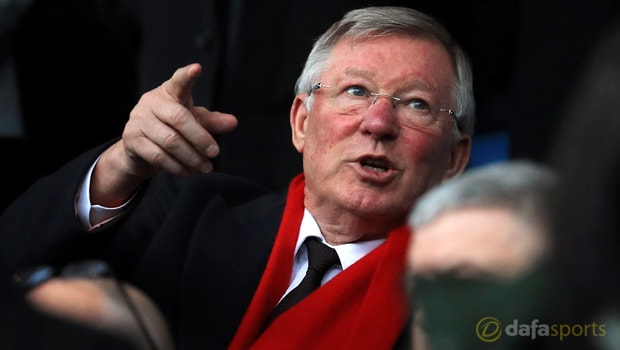 The Red Devils are set to face Belgian outfit Anderlecht in the quarter-finals of the continent’s second-tier club competition and are the current 2.30 favourites to lift the trophy on May 24 in Solna.

One of the main incentives for clubs playing in this tournament is the Champions League place on offer for the winner and with the battle for the top four in the Premier League as competitive as ever, lifting the Europa League trophy provides a huge opportunity.

Jose Mourinho’s men also have the incentive of the Red Devils never having won the tournament in its current guise or in its previous incarnation of the UEFA Cup.

The Portuguese has been busy since arriving at Old Trafford in the summer, claiming both the Community Shield and EFL Cup and will be keen to add the trophy that he won with Porto back in 2003 to his collection.

Ferguson has been a keen onlooker since retiring in 2013 and has even been encouraged by Mourinho to speak to the players in the dressing room.

The Scot believes his former side, who are 2.38 to make the top four, should be aiming to win the Europa League this season, especially having been handed such a favourable draw.

“The thing is, we’ve never won the Europa League,” he told ESPN. “We’ve never won UEFA Cup, what it used to be. And we’ve got a great draw.

I’m not saying it’s a certainty, but they’ve got a great chance. “It’s still a European trophy. And if you win it, you get into the Champions League. The incentive is greater to do that.”