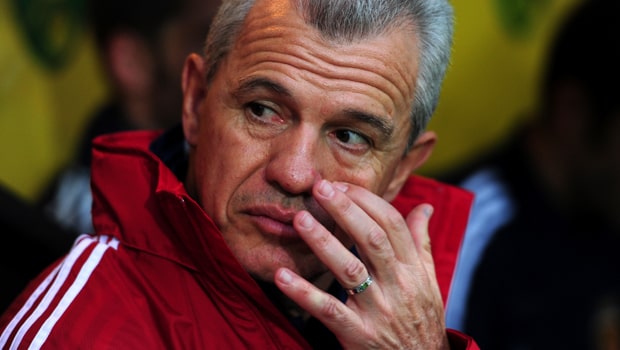 Egypt head coach Javier Aguirre feels his side have to be regarded as the favourites to win this summer’s Africa Cup of Nations.

The Pharaohs are the most successful team in the competition’s history, claiming their seventh title back in 2010, while they finished as runners up when the competition was last held in Gabon two years ago.

Egypt will be hosting the tournament this time around and Aguirre, who succeeded Hector Cuper as manager following last year’s World Cup, feels home advantage, coupled with having Liverpool star Mohamed Salah in their ranks, means his side should be regarded as AFCON favourites.

“We are favourites to win the 2019 AFCON title,” Aguirre told Time Sports.

“We [Egypt] will always be playing at home as we are the ones hosting the tournament. We also have Mohamed Salah, who is the best player in Africa.”

Egypt will take on DR Congo, Uganda, and Zimbabwe in Group A at the finals, which has been expanded from 16 to 24 teams for the first time.

Aguirre’s side are priced at 5.00 to go on and win the tournament and they will be looking to put down a marker when they take on Zimbabwe in the opening match of the tournament in Cairo on June 21.

However, it will certainly not be a foregone conclusion that the Pharaohs will go all the way on home soil, as they are only the eighth-highest ranked team at the tournament – with group rivals DR Congo currently sitting 11 places above them in the standings.