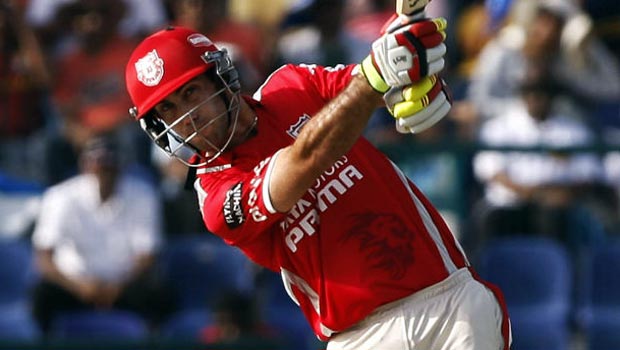 Australian all-rounder Glenn Maxwell has admitted that the current spell in the IPL with Kings XI Punjab will help him to improve as a player.

The 25-year-old has been in fantastic form for the 2008 semi-finalists, scoring 460 runs in the league so far at an average of 57.5, helping his side to the top of the table.

Maxwell has been tearing through the bowling attack of the opposition, with Indian spinner Ravichandran Ashwin the latest player to have been dismantled by the Aussie, conceding 34 runs from nine legal deliveries in a recent game.

The talented all-rounder is undoubtedly showing the class and skill that he possesses and the Australian is hoping that when the IPL finishes he will have a good idea of his overall ability.

“After this IPL I think I will have a pretty firm grasp of what I can and can’t do. I’ve been stretching the boundaries as much as possible in terms of shot innovation and when I need to play those shots,” he said.

“I think when next summer comes around I will be better prepared for different situations and hopefully a lot more successful, as well.”

Maxwell is next in action for the King XI Punjab on 14th May when they take on the Sunrisers Hyderabad, who were comfortably beaten by the table-toppers in April, losing by a massive 72 runs in a match where the big-hitting Australian made 95 off 43 balls.

The batsman is in fantastic form heading into the match on Wednesday and is currently priced at 1.62 to score the most sixes in the IPL this season, with the 25-year-old already leading the charts with 29 maximums, two ahead of Dwayne Smith.