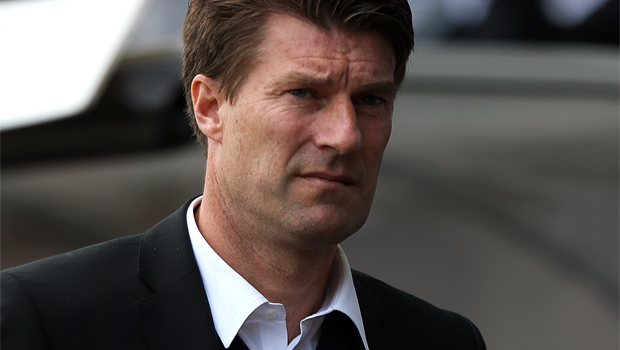 Swansea are just 90 minutes away from a Europa League play-off place as they take a 4-0 first-leg lead with them to Malmo tonight.

Michael Laudrup saw his side destroy the Swedes at the Liberty Stadium last week, with a brace from new boy Wilfried Bony and strikes from Michu and Alejandro Pozuelo virtually putting the tie beyond doubt.

However, Laudrup has a lot of experience in Europe, and knows it can be dangerous to assume that you are already through.

“We’re not there but we’re almost there after 4-0,” the Dane said. “But I want to see this as an isolated game, an away game that we have to try to win and perform like an away game in the Premier League.”

“If we can win, perfect. If we can have another clean sheet, even better,” he added.

Malmo are no pushovers at home, though, having won each of their last four games at the Swedbank Stadion, and they limbered up for tonight’s tie with a 3-1 away win at Halmstads at the weekend that kept them just two points behind Helsingborgs in the league.

Malmo have a very important home fixture with third-placed AIK Solna on Sunday, and may just have their minds on that when they line up this evening.

Victory will see the Swans advance to the Europa League play-off round, and just one step away from the group stage, but having made some shrewd signings this summer, Laudrup has stressed that the Premier League remains the priority.

Swansea begin their domestic campaign at home to champions Manchester United on August 17, then travel to Tottenham and West Brom before the international break for World Cup qualifying games.

In other Europa League fixtures involving British sides this evening, Motherwell take a 2-0 lead to Kuban, while St Johnstone bid to turn around a 1-0 deficit at home to FC Minsk.