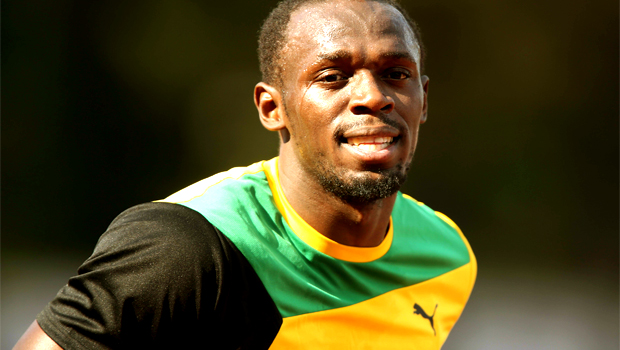 Sprint superstar Usain Bolt is ready to show that he remains the fastest man on the planet when the World Championships get under way in Moscow this weekend.

Bolt is the hot favourite to regain gold in the men’s 100m, and also to retain his 200m crown in Russia, especially with quite a few of his main rivals absent for one reason or another.

Yohan Blake is one of them – Bolt’s compatriot having withdrawn with a hamstring injury – so he will not get the chance to defend the title he won in Daegu two years ago after Bolt was famously disqualified after a false start. That mishap denied Bolt back-to-back golds in the World Championships, the Jamaican superstar having triumphed in Berlin in 2009.

Also missing is former world champion Tyson Gay along with ex-world record holder Asafa Powell, both having failed drug tests this summer, and although Bolt was beaten by Justin Gatlin of the United States at the Diamond League meet in Rome in June, he can boast the quickest 100m recorded this year, having clocked 9.85 at the Anniversary Games.

As for the 200m, Bolt looks to have that in the bag as well, having run the fastest time in that event this year as well, when striding home in 19.73 in Paris last month.

In truth, the only thing that can stop Bolt from collecting both gold medals in Moscow is himself, but he has assured his legion of fans worldwide that he is fully focused on the task ahead.

“I want to keep winning every race that I compete in and the 100m and 200m finals in Moscow will be the biggest races for me this year,” he added.

“My season has been good, I’m getting stronger every week and my execution and speed endurance is steadily improving.”

That is bad news for all of his rivals in both events.