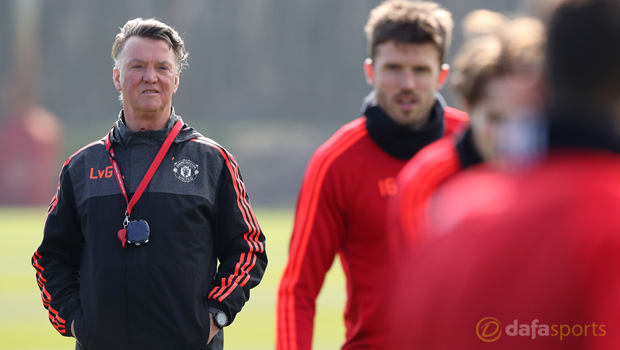 Pallister says the Old Trafford faithful will have a key role to play if Man United are going to overturn their 2-0 first leg defeat at Anfield.

Louis van Gaal’s side were outplayed by Liverpool as goals in either half from Daniel Sturridge and Roberto Firmino gave Jurgen Klopp’s Reds a vice-like grip on the tie.

Pallister has challenged United supporters to create the same intimidating atmosphere Liverpool’s fans did last week and he feels that, along with the opening goal, can give van Gaal’s side a platform to get back into the tie.

“It was a red-hot atmosphere last week and I hope it will be red-hot again on Thursday and Liverpool will feel intimidated by coming to Old Trafford with the crowd in full voice,” said Pallister.

“We need to make it a difficult place for them to come and play and the tie will really come to life if we can score the first goal.”

Before last week’s game at Anfield, van Gaal had previously enjoyed a 100-per-cent winning record in clashes with arch-rivals Liverpool as United boss.

Pallister admits it is vital that Man United do not concede if they want to get past Liverpool. While David de Gea has received plenty of praise, Pallister feels the form of Chris Smalling in his own former centre-back role is worthy of special praise.

“I think he has been outstanding this season,” Pallister said.

“He’s had a couple of injury problems this year but I think we saw again on Sunday [against West Ham] that he had a very difficult tussle with Andy Carroll – who is obviously very physical – and we needed someone like Chris to stand up to try and nullify threat.”

Man United are 2.60 to beat Liverpool at Old Trafford while the Red Devils are 6.50 to qualify for the next round.