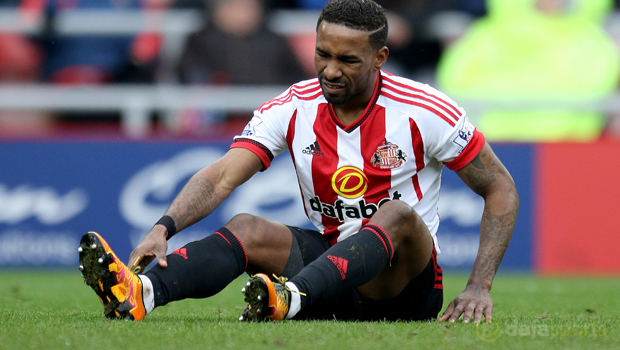 Sunderland striker Jermain Defoe says all the pressure will be on Newcastle for Sunday’s Tyne-Wear derby clash at St James’ Park.

The North East rivals are both under the threat of relegation from the top flight going into the game.

Newcastle are second from bottom while Sunderland sit directly above the drop zone, with just one point to spare on the Magpies.

Sunderland took the derby honours early in the season, winning 3-0 at the Stadium of Light to extend their winning run against Newcastle to six games.

That, says Defoe, is just one of the reasons why the pressure will be intense on the home side.

“The pressure will all be on them. They are playing in front of their own fans, the stadium is going to be electric, they have to impress their new manager and Sunderland have won the last six [derby] games.

So it’s a lot of pressure on Newcastle,” he said.

Defoe has been in good goalscoring form recently and he also has fond memories of Tyneside, having scored on his last two visits to the St James’ Park.

“As a forward I’ve always enjoyed going there, playing at that stadium and I’ve scored a few goals there, so hopefully I can do the same on Sunday,” he said.

Defoe famously netted a stunning volley as Sunderland defeated Newcastle 1-0 at the Stadium of Light in his first experience of this fierce rivalry and he revealed he was quickly aware of just how much the game means to the Black Cats.

“I was so excited before the game because it was my first [Tyne-Wear] derby. I spoke to some of the lads and they explained how it is, the atmosphere and the importance of the game, bragging rights, everything,” he added.

Sunderland are 3.50 to win Sunday’s game at Newcastle with Defoe 6.50 to score the opening goal.