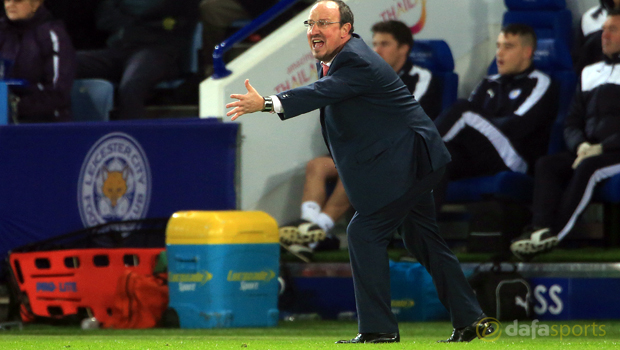 Benitez, sacked by Real Madrid earlier this season, saw his new side lose 1-0 at league leaders Leicester City on Monday night in his first game in charge.

It meant they remained second from bottom of the table and two points away from safety with just nine games remaining to get themselves out of trouble.

Sissoko admits the Newcastle players were taken aback that the club managed to lure the former Liverpool and Inter Milan boss to St James’ Park.

He fully expects Benitez to be in charge of a Premier League club when the season ends, however.

“Yes, we were surprised to see him come to Newcastle because normally he is playing for the title and Champions League,” he said.

“We were all happy and now we have nine games left. He will bring his experience and we can be in the Premier League next season with him.”

There were some encouraging signs despite the defeat at the King Power Stadium against Leicester.
Benitez now faces a baptism of fire on home soil on Sunday when north-east rivals Sunderland arrive for the Tyne-Wear derby.

With Sunderland currently a point ahead of Newcastle and seemingly two from three of Newcastle, Sunderland and Norwich destined to join bottom club Aston Villa in the Championship next season, it has all the hallmarks of a must-win derby clash.

Sissoko added: “Every derby is a big game, we are in the bottom three and have nine games left and we need to win. It will be crucial for us.”