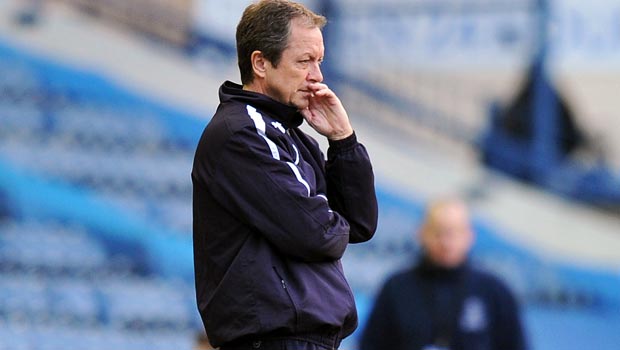 Sheffield Wednesday boss Stuart Gray has challenged his players to finish in the top half of the table as they prepare to face Queens Park Rangers on Tuesday night.

The Owls, who are priced at 3.02 to win, had hit rock bottom when Gray took over from Dave Jones back in November last year but they have put together a strong sequence of results to steadily climb the table over the past four months.

The South Yorkshire outfit are now 16th in the standings but 13 points above the drop zone and it seems almost certain that they will remain in the Championship next season.

Gray admits that his first task when arriving at Hillsborough was to “get out of the bottom three” and he was always confident of achieving that aim as the club was “in a false position.”

But now, with confidence clearly on the up, his has set his sights a bit higher.

“The challenge for my players now is to get into that top half, because then we become more of an attractive proposition when we’re trying to get players for next season,” he said.

Wednesday could have goalkeeper Chris Kirkland back against the Hoops after three matches out with a calf injury, while defender Joe Mattock is back in training and could play some part.

QPR, who are on offer at 2.41 to take the points, will be missing first-team goalkeeper Rob Green, who is out with cracked ribs, while midfielders Armand Traore and Jermaine Jenas both have hamstring injuries.

On-loan West Ham midfielder Ravel Morrison is a doubt with a groin injury, while left-back Benoit Assou-Ekotto could miss out again with the knock he suffered at Brighton last Tuesday.

Despite their injury woes, Harry Redknapp has a talented Rangers squad to choose from but Gray insists his men will not take a backward step.

“They’re full of quality, but we’re playing with confidence and have nothing to fear,” he added.