Dnipro – Tottenham: Ramos sets up ‘superior’ Spurs for a fall 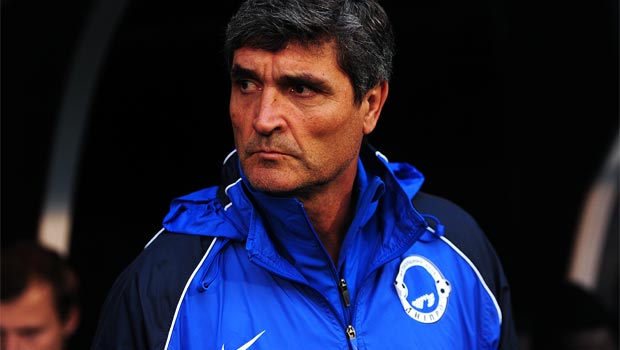 Former Tottenham manager Juande Ramos has landed Tim Sherwood’s men with the favourites’ tag, claiming ‘Spurs are superior’ ahead of the Europa League last-32 clash against his Dnipro side.

Spurs travel to Ukraine for their first-leg tie against Dnipro amid concerns over political unrest in the country but with guarantees that the game will be played.

Ramos, who guided Tottenham to the League Cup title in 2008, is plotting their downfall and can count on Ukraine international winger Yevhen Konoplyanka on Thursday after Dnipro held on to their prize asset in the January transfer window.

Ramos, who was unceremoniously sacked the season after the Wembley win and inside a year of taking the White Hart Lane job, acknowledges it will be tough to stop Spurs progressing.

“Spurs are superior,” he said. “They’re clear favourites and there’s a very good chance of us getting knocked out.

“One Spurs player may be our annual budget. You can prepare players and Spurs could still score four. Why? Because they’re better. I can
say: ‘Look out, [Aaron] Lennon’s quick on the outside.’ They know but, voom-voom and he’s gone. What are you going to do, chuck a rope round him?”

But the 59-year-old Spaniard – a two-time Uefa Cup winner during his reign at Sevilla – does have an advantage over his opposite number Sherwood in terms of experience and will try to outfox the rookie coach over the two legs.

Sherwood has a juggling act to perform with his squad as Spurs are also competing for a top-four spot in the Premier League.

However, despite having to travel to Norwich just three days after their 4,800-kilometre round trip to eastern Europe, Sherwood insisted he would field a strong side against Dnipro.

“I love it [the Europa League]. There are a lot of games coming up but we haven’t got to worry about that.

“We are out of all the other competitions and we have got a big enough squad,” said the Spurs boss, who could also welcome back Brazilian midfielder Sandro after two months out.