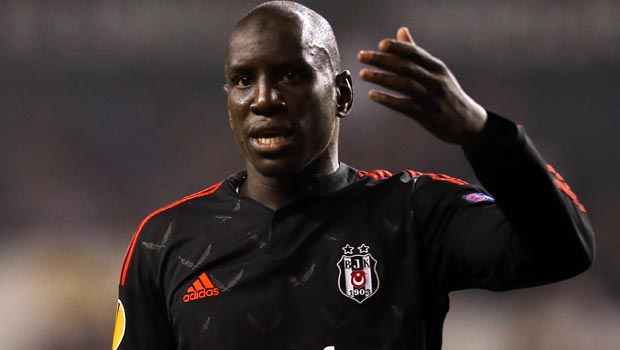 Besiktas striker Demba Ba has warned his team-mates to expect a tough Europa League last-32 tie against Liverpool despite the fact “things are not going well for them”.

The Turkish outfit qualified for the knockout rounds of the competition by winning Group C ahead of Tottenham courtesy of last Thursday’s 1-0 win against the Premier League side at the Ataturk Olympic Stadium in Istanbul.

Having been drawn against Brendan Rodgers’ side on Monday afternoon, they will go into the two-legged encounter confident of heaping more misery on the Merseysiders who dropped into the Europa League following their third-place finish in Champions League Group B.

However, former Chelsea striker, Ba, whose goal at Anfield late last season sparked the beginning of the end of Liverpool’s bid to win a first league championship since 1990, is still expecting two difficult encounters for his side.

“It’s a difficult pairing. Liverpool are having some hard times now,” he told UEFA’s website.

“They couldn’t get the results they desired and things are not going well for them. Hard games are ahead of us.”

The first leg will be played at Anfield, where Liverpool thrashed Besiktas 8-0 to eliminate them from the Champions League in 2007-08. But Ba feels it will benefit his side this time around as they will play the second leg on home soil.

Looking ahead to the first leg on Merseyside, Ba added: “They are a team which try to strike fast and build up the game as quickly as possible. Their technical capacity is high and they are physically strong.

“If we can snatch a good result in the first leg, it will be an advantage to be playing the second leg at home.”